THE OLD-FASHIONED PETROL STATION IN KETTLEWELL BY YORKSHIRE PHOTOGRAPHER.

I was thinking of posting a photo from the Yorkshire Dales.  Not really nature photography  – but I’m in a dilemma as to which of two photos to put up.  As a Yorkshire photographer I often have to choose between several good photos.

The two are of a petrol station in Kettlewell.  An unpromising subject, perhaps, but the first time I saw it it was closed, and what caught my attention was the primary colours and the old-fashioned look of the place.  It seemed somehow special.   I stopped my car and took the photo.

Some  weeks later on my way to a walk in the Dales I saw that the petrol station was open, and two men who worked there were sitting having a chat at the entrance.  I stopped again and began to compose the photo – my long-suffering friends are used to my behaviour!

Now I have two photos, the same – but different.  They are pictures of the same place taken at different times, with a different camera.  And of course the light was different.  All of this shows that every photo is unique.  I tried to do two photos the same except for the two men, but I find I have two quite different photos.

Enjoy the photos, and please let me know which of the two you prefer. 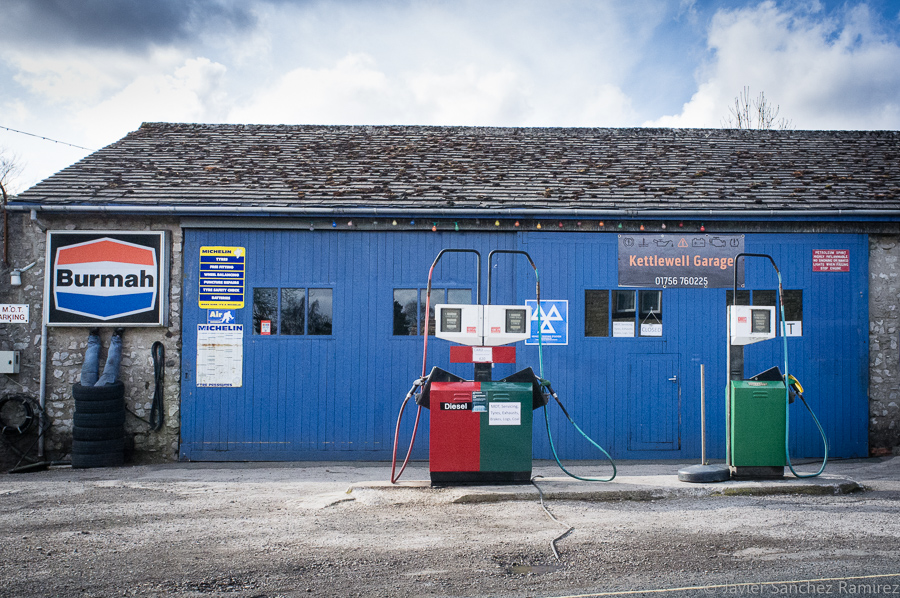